The Sound Of Thunder (TSOTH) was formed in January 2017 by Kaltani and was later joined by several friends he knew in real life. Their vision was to create a truly independent group, free of the blue doughnut. In a time when anyone who wanted to live in null had to pledge allegiance to the feudal overlord of Panfam or Goons, TSOTH wanted to give people an alternative.

Initially we tried staging in a wormhole but we were quickly pushed out by bigger groups who didn’t like us trying to muscle in on their “turf”. This only served to deepen our resolve to challenge “the big guy”. We moved to Khanid and began mission running and mining to build up a warchest before moving back to Lonetrek in the summer.

In August 2017 we received our first paid mercenary contract. Our client wanted us to harass Pandemic Horde miners and ratters in the GME pocket in Fade. We eagerly accepted this job but soon ran into a problem. Pandemic Horde brick-tanked their mining barges and had a standing fleet full of F1 pushers frothing at the mouth for an easy kill. We needed a way to quickly take down their barges before the fleet could respond. After some work, we developed our now infamous world-beating Polarized Proteus Doctrine. Sacrificing all tank for increased DPS, we unleashed this doctrine on unsuspecting Horde miners and the results were immediately apparent. TSOTH quickly became feared across the pocket for our ability to consistently target and kill even “max tank” Procurers and Skiffs. Nobody was safe from us, and in just one month we reduced Horde’s mining MER by 30%. After our contract finished, we remained in Fade for a while, running a fairly profitable rental program/protection racket where miners could pay us to be left alone.

Towards the end of 2017 Horde had begun to improve in fighting back against us and we decided to retreat to our highsec staging, content to leave things as they are. But Horde were spiteful and refused to accept defeat graciously. They wardecced us and blew up an unarmed engineering complex used by our miners, none of who had taken part in the Fade campaign and had done nothing to deserve this sudden unprovoked aggression. Horde continued their dirty underhand war, attacking and camping innocent miners. Emboldened by this “success”, they eventually became willing to take more risk and launched an attack against our well fortified sstaging Astrahus. While we put up significant resistance, it wasn’t enough. Horde brought an overwhelming number of pilots to the timers and we ended up losing the remainder of our highsec structures. Horde loudly proclaimed victory against us and retreated back to Fade when they realized we were staying docked and refusing to pad their killboard.

In January 2018 Panfam got a director level spy into our holding corp and seized nearly all our assets and ISK, and disbanded the alliance. With barely anything left, we divided what little we had among the remaining members and went our separate ways. TSOTH was then inactive until 2020.

In 2020 several members of the corp returned to EVE and established our new home in Itamo, due to ice mining opportunities nearby, and the geographic defensive advantage provided by the Maurasi bottleneck. Unfortunately our old enemy Horde were alerted to our return and fearing our intentions, decided to launch a massive assault against us. Their aim was to completely eradicate us from the game, preventing us from restablishing ourselves. Though we suffered greatly in this assault, and Fortress TSOTH fell to the enemy fleet, we endured their attacks and did not give up hope. We fled, taking what we could, and Horde decided to retreat rather than spread themselves too thin following us across the map.

We eventually found a new home in the Lirerim system of Metropolis and have started rebuilding our empire. We’ve replenished the corp hangars, put together new fleet doctrines, and now intend to make a serious push to establish ourself as a nullsec power within the next 2 years. We also intend to bring Pandemic Horde to their knees for the atrocities they have committed against our corp over the years. And that brings us to the present. 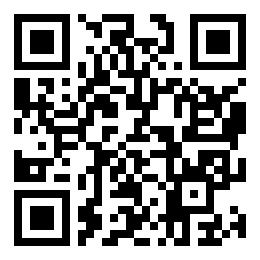